Mobile Music Teachers > About Us

LeAnn and Ben have been married since 2006 and have three children. Boys Aidan and Ezra (ages 12 and 10) and sweet little girl Eloise (7 years old) who light up their world. LeAnn and Ben joke about their children becoming athletes since they are both musicians… they’ve yet to find out but either would be fine with them!

Private instruction is received on a month to month bases where students receive weekly 30 minute lessons. In addition, we also offer pro-rated exceptions for the very young student and more advanced students.

Our prices vary slightly depending on teacher’s driving time. Please, contact us to find out what lesson rates are for your location!

Students are only required to pay tuition monthly. Payments are due by the 1st of each month for the following month. Monthly tuition guarantees a student 4 weekly lessons per month, plus optional recitals and performance opportunities throughout the year. Tuition does not increase with months that have 5 weeks. Rather, they are used as either a future credit or make-up lesson.

Once we receive a students enrollment form, we strive to connect you with a teacher who will meet all of your given requests and needs. We carefully look for a teacher with the instrument, style, day & time that fit your requests. All of our teachers have a minimum of a Bachelors degree in music or are currently working towards one. All teachers have been given background checks to assure their integrity. Upon request, students may also ask to see their prospective teachers resume.

Recitals and methods differ from teacher to teacher. All of our teachers are excellent but each very different and unique in their style and method of teaching. It is our top priority to match students to teacher(s) that are best fit for them. The student enrollment form is the first step in allowing us to match you with a teacher that’s perfectly fit for you. The second step is a short introductory meeting to discuss options you have in teacher selection.

Recitals and methods differ from teacher to teacher. All of our teachers are independent contractors having their own style and method of teaching. It is our top priority to match students to the best fitting teacher for them. The student enrollment form is the first step in allowing us to match you with a teacher that’s perfectly fit for you. The second step is a short introductory meeting to discuss options you have in teacher selection. We work hard to match students with a teacher who matches students individual needs!

Simply give us a 30 day’s notice of your withdrawal and your lessons may be discontinued. You may do so by simply submitting a withdrawal form stating when you will be leaving. If we are not notified one month in advance, students are obligated to pay for the following month. Although we’re always sad to see a student go, we’re thankful for the time spent serving you!

Vacation or Time Off

We realize that there are times when a student needs to temporarily stop lessons. All that we ask is to be given a 30 day’s notice before taking your leave of absence. You may do so by simply submitting a vaction form stating the time you will be gone. If we are not notified one month in advance, students are obligated to pay for the following month. Also, please understand that we are unable to hold students previous day/time for when they return.

Students enroll by submitting their enrollment form and completing a short introductory at-home meeting. Lessons may begin immediately after!

How am I matched with a teacher that meets my needs?

The student enrollment form is the first step in allowing us to match you with a teacher that’s perfectly fit for you. The second step is our short introductory meeting to finalize enrollment and discuss options in teacher selection.

Once we receive your enrollment form we work hard to make sure we have a teacher that meets all of your requests and needs. All of our teachers are excellent but each very different and unique in their style and method of teaching. It is our top priority to match students to teachers that are best fit for them.

How can I trust that Mobile Music Teachers are safe and qualified?

All Mobile Music Teachers are given a thorough background check before joining the teaching team. All Mobile Music Teachers have a minimum of a Bachelors degree in Music Education, Music Performance, Music Composition, Music Theory, Music Therapy, etc. or are currently working towards one and/or have the teaching experience to qualify them. Teacher’s resumes’ may also be seen upon request at students introductory meeting.

What if I have a problem with my teacher?

If a parent, student, or teacher has an issue that needs attention, we are committed to resolving it quickly. We are on-call 24hrs a day, 7 days a week.

How do I withdraw from lessons?

How are my lessons scheduled?

First, lessons are scheduled according to the availability given on students enrollment form and confirmed at students introductory meeting. Once lessons are in place, students may choose to make any schedule changes through Mobile Music Teachers or directly with their teacher. However, temporary changes such as make-up lessons or temporary cancelation of lessons should be done directly with the teacher.

When can I begin?

After receiving student’s enrollment form and completing the student introductory meeting- students may begin lessons as soon as the following week!

What ages and levels of students do Mobile Music Teacher’s teach?

We offer lessons for students’ ages preschool to adult, beginner to advanced. We serve home-school families as well as music instruction in after-school settings.

Why does an adult need to be home during the lesson?

For the safety of students and teachers, we ask that a parent or designated adult to be at home for the duration of the lesson. If a parent or guardian is not at the home when a teacher arrives then the teacher cannot teach the lesson and is not obligated to give a make-up lesson.

What if we cannot make our lesson?

We realize that there are times when lessons need to be missed or rescheduled. Teachers work with their students to make sure that 4 lessons are received each month. Each teacher has their own policies on missed or canceled lessons. Ask your teacher what their cancellation and make-up policies are to insure receiving all lessons each month. Mobile Music Teachers are not obligated to make-up lessons that are canceled the day of the lesson, nor are teachers obligated to make-up lessons where a parent or guardian was not at the home upon arrival of the Mobile Music Teacher.

How do make lesson payments?

For student’s convenience, Mobile Music Teachers offers several ways for students to pay their tuition each month. You may choose from the following: 1) by credit card, 2) automatic payment, 3) by check, or 4) Paypal.

What if I forget to pay my tuition?

Students receive an emailed invoice on the 1st of each month. Our service has absolutely no hidden payments or fees. However, if students fail to pay their tuition by the 7th of the month late fees will be added. In order to help this from happening, we offer a variety of payment options to make remembering as easy as possible! 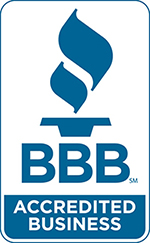 We are currently serving the following locations in the greater Kansas City area. We would be happy to discuss growing into other locations if your area is not listed!